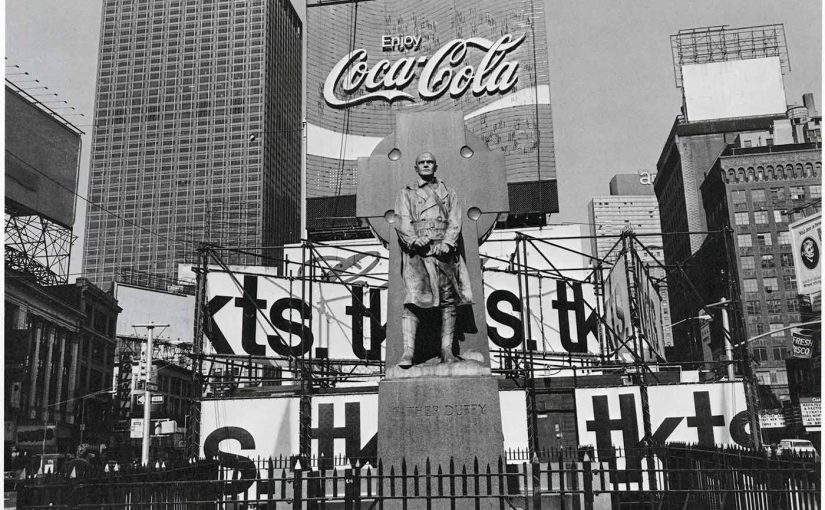 Lee Friedlander is one of America’s most accomplished photographers of the social landscape and the winner of countless awards, including fellowships from the Guggenheim and MacArthur Foundations. The photographs that constitute Friedlander’s “American Monument” series consists of work made from the 1960s through 1975 that show the monuments not as isolated celebrations of civic memory, but as part of a complex visual and cultural environment.

Lee Friedlander: The American Monument Photographs, a new exhibit opening in Haverford College’s Atrium Gallery on June 1, features photographs of monuments noble and idiosyncratic made throughout America. These photos have new resonance today as American monuments have become topical points of conflict and debate again. Friedlander’s clear and lucid photographs, made during the decades of political assassinations and social unrest, presented the monuments as cultural expressions and therein lies their originality and continuing influence.

Friedlander selected 213 images that were published by the Eakins Press Foundation in 1976 in a book titled The American Monument. The book became a classic, much sought after by collectors; it was republished in 2017 with an additional essay by Friedlander scholar Peter Galassi. Haverford College owns copies of both the first and second editions; they are housed in its rare and circulating photography library book collections. Both editions are printed to the highest standards and designed so that individual pages can be exhibited as stand along works. Sixty of those individual pages—along with additional photographs and books by Friedlander, Eugene Atget, Walker Evans, and others—will be on display.

Friedlander’s books have extended the technical and expressive range of the photographic book. They have concurrently proved to be an ideal and meaningful medium to showcase the visual sophistication of Friedlander’s picture making over half a century. He has, like his mentor Walker Evans, expanded the capability of photographs to work as metaphors and convey meaning when viewed in an extended sequence in book format.

“This photographer in these photographs affirms the residual order in the crazy scene,” writes Leslie Katz, the publisher of American Monuments, in his essay for the book. “He understands and brings us human civilization, embattled but intact in the various wilds of American enterprise, whether downtown, in suburbia, or on the roof.”

Lee Friedlander: The American Monument Photographs will be on view June 1 through Sept. 30, at Haverford College’s Atrium Gallery in Marshall Fine Arts Center. An opening reception will be held Friday, June 1, from 5:00 p.m. to 7:00 p.m. in the gallery.

The Atrium Gallery, in Marshall Fine Arts Center, is open Monday through Friday 10 a.m. to 5 p.m. Starting Sept. 9, the gallery will also be open Saturdays and Sundays from noon to 5 p.m. For more information, contact Audrey A. and John L. Dusseau Professor of Humanities William Earle Williams at wwilliam@haverford.edu