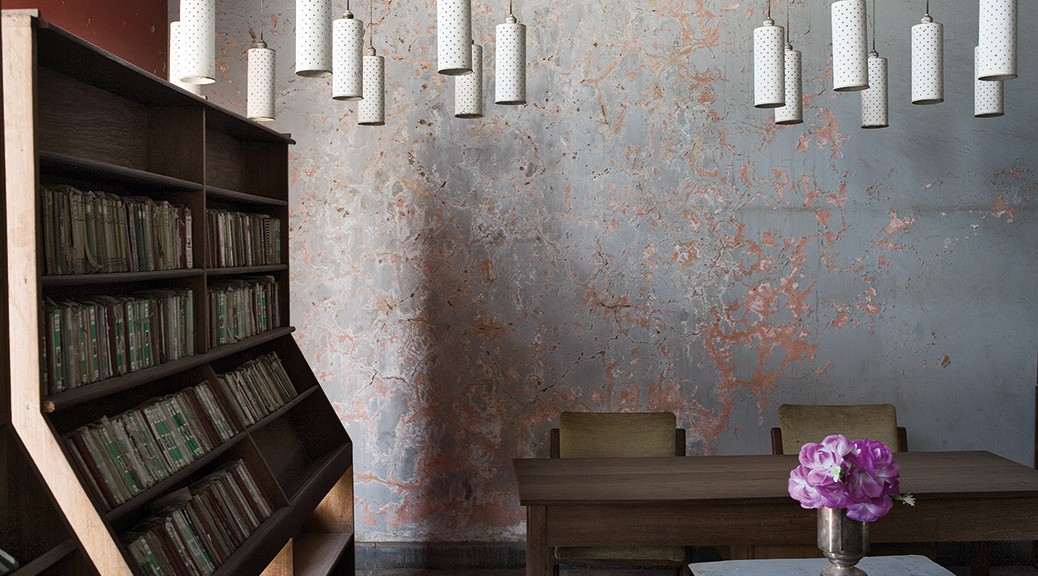 Convened by Ruti Talmor in connection with the exhibition Possible Cities, the 2011 Mellon Symposium Imaging Africa brings together leading curators, filmmakers, critics, and scholars to discuss the status of African visual culture in the contemporary moment. John Akomfrah, Awam Amkpa, Jennifer Bajorek, and Renée Mussai will articulate the roles such culture has been made to serve in the past and will chart the spaces available for African visual culture on the global stage.

11:00 a.m. — Renee Mussai: “Street and Studio, Inside / Outside – photography, Africa and desire”
Abstract: From the mid-1990s onwards, photography and Africa have been intrinsically linked by the ‘discovery’ of fashionable Malian portraiture and artistic photo-studios/dream factories across the continent – ever since, questions of modernity, desire and trans-cultural politics of representation have dominated contemporary discourse on ‘African’ photography. Within the context of Autograph ABP and the establishment of its new Archive and Research Centre for Culturally Diverse Photography, this talk introduces the work of two significant African artists represented in the collection: James Barnor’s transatlantic archive of street and studio portraiture, a largely unseen and newly preserved body of work, depicts societies in transition: Ghana moving towards its independence and London becoming a cosmopolitan, multicultural metropolis during the 1960s. At once deeply personal and politically engaged, Rotimi Fani-Kayode’s photographic tableaux constitute a profound narrative of sexual and cultural difference, seminal in their exploration of complex notions of desire, diaspora, spirituality and the black male body. One could argue that these two artists are firmly positioned at opposing ends of a photographic spectrum of representation, aesthetically and politically, evoking an Africa that is authentic and subjective, fragmented and diffused, transcribed and imagined. Yet both are documenting shifting notions of identity through portraiture, and cross-cultural rituals of exchange: Barnor left his Accra photo-studio in the late 1950s to capture an emergent Afro-modernity in London, while Fani-Kayode dealt with the charged politics of exile, cultural dislocation and homophobia in 1980s Britain, inspired by his Yoruba heritage.

11:30 a.m. — John Akomfrah: “Kalakuta Show: Meditations on Femi Osunla”
Abstract: Focusing principally on images from the seventies and in particular on photographer Femi Osunla’s work with Afro Beat musician Fela Kuti, the paper looks at the questions raised when self imaging becomes a countercultural force. Using excerpts from films as well as an extensive slide show of Osunla’s work, the paper will examine questions of agency, authorship and autonomy at the heart of a turbulent period of Nigerian history.

1:00 p.m. — Jennifer Bajorek: “Infiltrate”
Abstract: Opportunities for African photographers working in local contexts have long been determined elsewhere. In the case of photojournalists and photographers producing news coverage in their home countries, forms and spaces of dissemination are tightly controlled by European and North American media monopolies. In the case of artists, including video artists, filmmakers, and new media artists, exhibition opportunities and access to international markets have been brokered through a handful of highly visible events, which nonetheless remain dependent on the agendas and tastes of Northern funders, and which are increasingly subject to the ‘culture and development’ mentality. Owing to technological developments and to developments in contemporary geo-politics, efforts to contest this stranglehold in the global image ecology (to quote Enwezor) are growing, becoming more resilient, and getting smarter. Such contestation has spread to different sites and types of practice and has become an urgent concern for a younger generation. It has also become the explicit premise of new self-organization and collective action amongst African artists, photographers, and activist curators. Yet with the unprecedented success of contemporary African art, including photography, with a wider audience, new questions emerge about the critical and activist role that African artists and activist curators have played until this point. What are the most recent tactics of contestation? I propose to think this contestation under the heading of “infiltration.” What body or organization is henceforth the target?

1:30 p.m. — Awam Amkpa: “Representations and Citizenships: Search for Publics and Commons in Contemporary Africa”
Abstract: Awam Amkpa offers an analysis of corporeal and discursive dimensions of photographic practices in contemporary Africa. Using the examples of Angele Essamba, Michael Tsegye and Zanele Muholi, Amkpa argues that their cultural activism through photography are catalysts for new publics and gestures to more democratic commons.