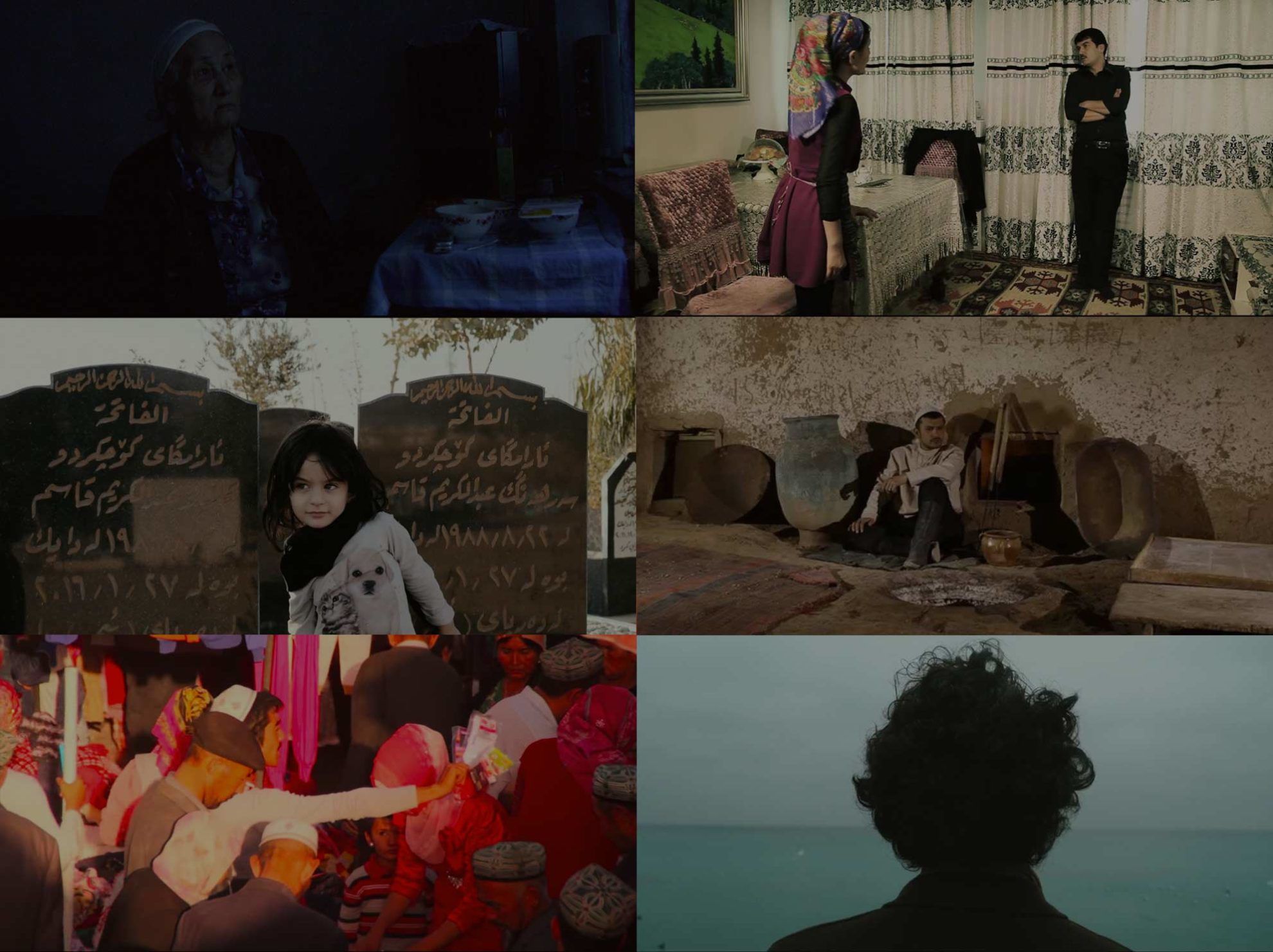 In this short music video, filmmaker and poet Tahir Hamut Izgil brings the lyrics of a time-honored folk song called “Secret Lover” (Liwen Yarlar) to life with the imagery of the beautiful Kucha landscape on the edge of the Taklamakan Desert. The lyrics are sung by Risalat Hapiz. An incredibly important contemporary Uyghur voice across many media, Izgil released this film as part of a selection of Kucha folk songs compiled in a single DVD titled Mirajikhan.

In the short film Rahime, the Uyghur ethnomusicologist and filmmaker Mukaddas Mijit portrays a moment in the life of her grandmother. The theme for the short film was inspired by Mijit’s dismay at the many events happening in the world around her. Since she herself was born in an Islamic culture, she felt it her obligation to frame that world in a way that gives voice to its humanity and wisdom. She trusted that her 88 year-old grandmother could do this by drawing out the richness of her knowledge of Sufi mysticism.

THE EDGE OF THE BAZAAR

This short Uyghur language film by filmmakers Dilmurat Tohti and Abdukadirjan Upur follows the lives of three craftsmen (a mat-maker, spoon-maker, and salt seller) who live at the margins of a small town in a prefecture south of Kashgar called Qaghaliq. The way the narration is limited to intertitles so that the farmers are able to speak for themselves, and the raw beauty of the desert oasis environment make The Edge of the Bazaar a powerful document that amplifies, in high-definition living color, what life was like for millions of Uyghurs in Northwest China at the time of its filming.

DAD I LOVE YOU

This short Uyghur-language film by Memetjan Semet highlights problematic gender and parenting dynamics in urban Uyghur households. Set in Ürümchi, the film shows us how urban fathers and husbands sometimes fail to prioritize their time in a way that supports their family. It is part of a larger body of work from Semet that examines the strain on family relations as a result of moving from a rural to an urban environment, making an argument for greater respect for and recognition of Uyghur women.

FRAGMENTS OF A GERMAN LIFE

Fragments of a German History unfolds across jumps in narration and time, following a very personal and at the same time tragically representative account of life in Germany. The film addresses the direct and indirect violence with which state administrations and regulations disrupt the biographies of those living within the so-called refugee crisis. The film reveals images and narratives of resistance that make it clear that forgetting and ignoring this violence also has political repercussions.

This short film was created by the Turkey-based filmmaking collective Asman Media around a song by the Uyghur band, Tingshighuch. It is based on the experiences many Uyghur youth in the diaspora share. Feelings of isolation and concerns about family back home, especially given the risk of losing contact due to state repression, are given space as is the urgent message not to give up and to find solidarity through building community.