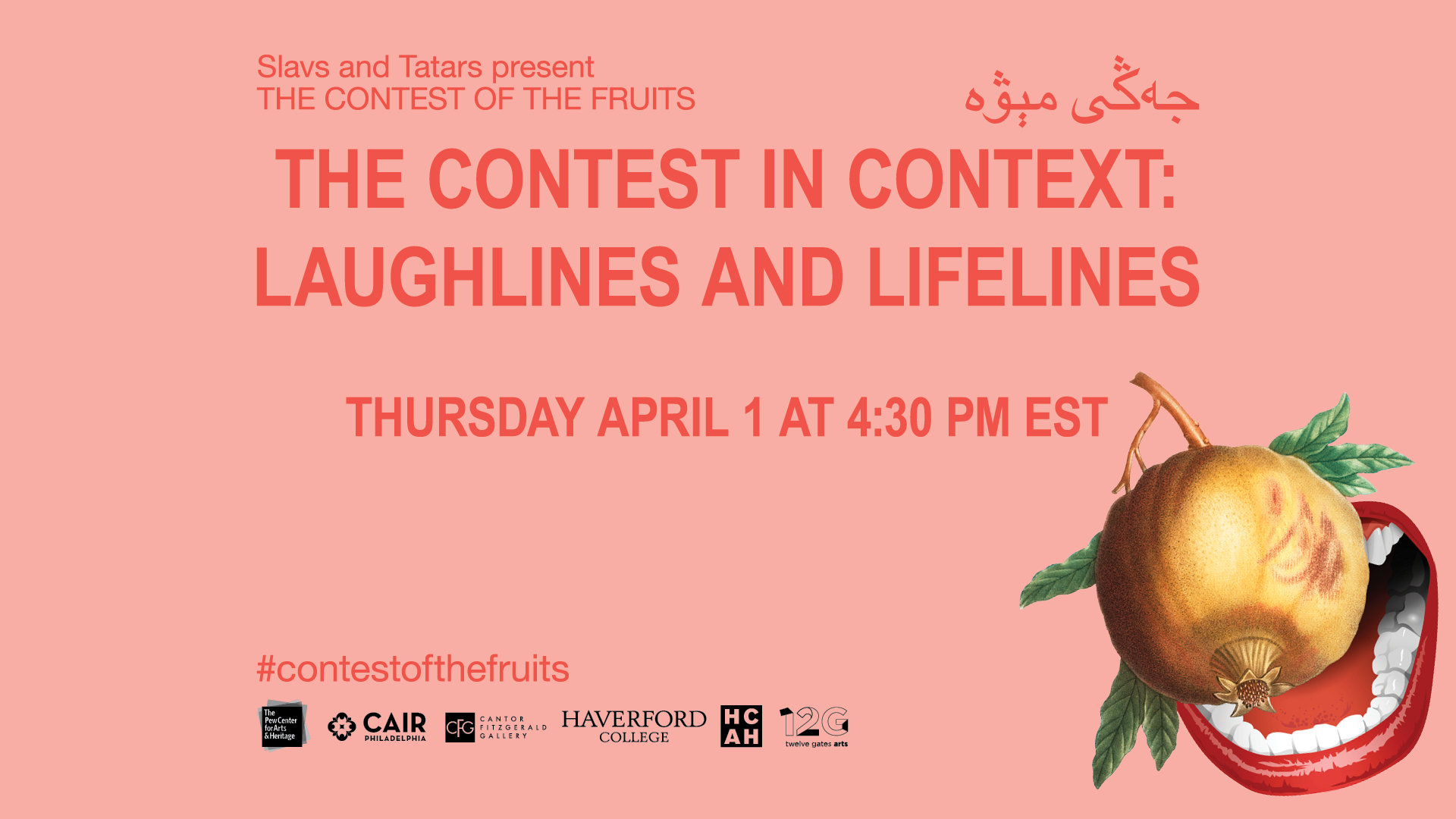 Comedy is in the air, comedy has issues. We laugh often, and think we know why we laugh.

For a very special April Fool’s Day, we were joined by comedians Esra Karakaya and Moses the Comic, who brought us a healthy dose of irreverent laughter and buoyant conversation. The event included pieces of Esra and Moses’s individual work as well as personal anecdotes and musings on the role of comedy for contemporary Muslims. While they grew up in very different points of the world and with different challenges, they reflected on the power of comedy to allow us to say or reveal what would otherwise be left hidden or unsaid, positing comedy as a means of survival in a world that is often confusing and violent.

Esra N. Karakaya is an award-winning journalist, video producer and founder of the YouTube talk show KARAKAYA TALKS that aims to open up an online space for people and narratives that are underrepresented and marginalized in German mainstream media. KARAKAYA TALKS doesn’t back down from uncomfortable conversations and never forgets to incorporate humor and ease into their talks cultivating a practice of respectful and empathetic discussion. Esra N. Karakaya has also worked for “Datteltäter” a Muslim-centered comedy YouTube channel to empower Muslim youth in Germany, and raise awareness for Muslim experiences. Esra N. Karakaya has been awarded multiple prizes for her work, including the Grimme Online Award (2020), Germany’s most renowned prize for online formats, the “30 under 30“ award of ZEIT CAMPUS publishings (2019) and the “30 under 30“ award by the Hertie Foundation (2019) to name a few.

Moses The Comic is a seasoned Muslim comedian, with a diverse range of innovative concepts, who began his comedy career in Philadelphia at the world famous La-House. Since then, Moses has performed all over the world with his routine bridging the gap between Muslims & Non-Muslims from Caroline’s on Broadway, The Hollywood Improv, The Laugh Factory, Uptown Comedy Corner, Jokes & Notes and many more. Moses has toured and/or performed domestic and internationally with superstar entertainers Kevin Hart, Michael