John Akomfrah OBE is an award winning filmmaker who has directed 14 films since 1986. His debut as a director, the controversial and influential Handsworth Songs (1986), reworks documentary conventions to explore the history of the contemporary British black experience. The film won seven international prizes, including the prestigious John Grierson Award. His wide range of work is considered to be some of the most distinctive to be produced in British film culture over the last 20 years. He is well-known for his work with the London-based media workshop Black Audio Film Collective, which he co-founded in 1982 with the objectives of addressing issues of Black British identity and developing media forms appropriate to this subject matter. 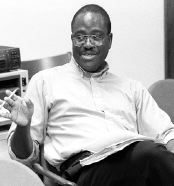 Awam Amkpa is a dramatist, documentary filmmaker and an Associate Professor of Drama at NYU’s Tisch School of the Arts, Associate Professor, and Program Director, of Africana Studies at NYU’s College of Arts and Sciences, and a scholar of theatre and film. He is the co-founder and co-curator of the annual Real Life Pan- African Documentary Film Festival in Accra, Ghana—a festival dedicated to African and African Diasporic filmmaking, and a curator of the photographic exhibition “Africa: See You, See Me” and co-curator of photo exhibition- “They Won’t Budge: Africans in Europe”. His documentary films include ‘Winds Against Ours Souls,’ ‘It’s All About Downtown,’ ‘The Other Day We Went to the Movies,’ ‘A VeryVery Short Story of Nollywood’ and feature film ‘Wazobia!’ Amkpa has written and directed plays and is also the author of Theatre and Postcolonial Desires (London: Routledge, 2003) and several articles on the Black Atlantic and postcolonial theatre and film. 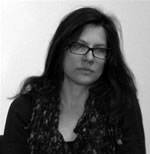 Jennifer Bajorek is Senior Lecturer in Cultural Studies at Goldsmiths’ College in London. Her current research is on photography and photography theory, with a geographic focus on West Africa. She is particularly interested in practices and conceptions of photography that go beyond the image or the field of the visual, and in the different modes and qualities of collective memory connected with different technologies and material supports. She is also the lead curator of a year-long program of contemporary African film, video, and new media at the South London Gallery, CONTEMPORARY AFRICA ON SCREEN (C.A.O.S.); co-author, with Erin Haney, of a book on the Bamako photography biennial; and co-editor, with Vikki Bell, of a recent special section of the Theory, Culture & Society Annual Review Issue, on “Photography and the State.” 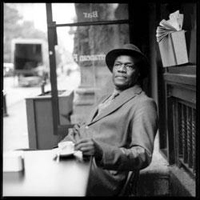 Manthia Diawara is a Malian writer, filmmaker, cultural theorist, and scholar. He is University Professor of the Humanities and Arts at New York University, where he is also Professor of Comparative Literature and Film. His books include African Cinema: Politics and Culture (1992), In Search of Africa (1998), African Film: New Forms of Aesthetics and Politics (2010) and the edited volume Black-American Cinema (1993). A documentary filmmaker, his films include Sembene: the Making of African Cinema (1994), Rouch in Reverse (1995), In Search of Africa (1997), Conakry Kas (2003), Bamako Siki Kan (2003), Who’s Afraid of Ngugi? (2006), and Masion Tropicale, (2008).

Renée Mussai has been involved with Autograph ABP since 2001, where she currently oversees the establishment of the Archive and Research Centre for Culturally Diverse Photography. In addition to curating the archive collection, recent projects have included “Ever Young: James Barnor”, a touring exhibition of seminal street and studio photography from Ghana and the UK, and the forthcoming Rotimi Fani-Kayode retrospective at Rivington Place, London (Spring 2011). She is also associated guest curator and fellow of Harvard University’s W.E.B. Du Bois Institute for African and African American Research, and twice-recipient of the Sofie and Emanuel Fohn Fellowship, Austria. Educated at the University of Vienna and University of the Arts London, Mussai lectures internationally on global photographic history, with a focus on politics of representation, gender and cultural identity.

Autograph ABP is a charity that works internationally to educate the public in photography, with a particular emphasis on issues of cultural identity and human rights. We achieve this through formal and informal education programmes, exhibitions, publishing and the creation of an archive of culturally diverse photography that is accessible to the public for research. 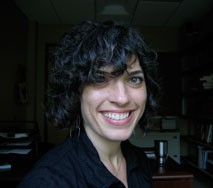 Ruti Talmor is the John B. Hurford ’60 Humanities Center’s 2009-11 Mellon Post-Doctoral Fellow and Visiting Assistant Professor in Anthropology at Haverford College. She holds a B.A. in Art History, a Certificate in Culture and Media, and a Ph.D. in Cultural Anthropology from New York University (2008). Talmor came to Haverford from the University of Michigan, where she was the DuBois-Mandela-Rodney Postdoctoral Research Fellow at the Center for Afroamerican and African Studies in 2008-2009.