How does one begin to conceive of whiteness? Herman Melville wrestles with the concept in a behemoth that overpowers or eludes all those who pursue it. Few in the novel Moby Dick have encountered the whale firsthand and when they do, the meetings end in destruction. In this elusive yet omnipresent troping of seductive violence, the whale becomes a powerful symbol of whiteness. Hank Willis Thomas and Natasha L. Logan tackle the psychic desire to capture and survive whiteness in their exhibition entitled White Boys. The works they have brought together explore how white male identity is represented by a range of artists who cover the spectrum of racial, ethnic, cultural and gendered identifications.

The topic is an appropriate subject for the curatorial duo whose last exhibition, entitled The Black Portrait (2011), examined how contemporary artists visualize representations of the black body in various media. In the wake of Portrait, this exhibition turns to the racialized and gendered puzzle that the young white male poses for two African-American curators. The white boy’s presence seems to drive the cultural narrative of privilege, yet he is often overlooked or unseen. 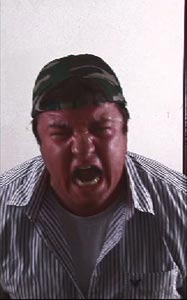 In his 2007 video entitled Fraternity, Richard Mosse records ten members of the Delta Kappa Epsilon ( ΔKE) Fraternity at Yale University. He instructs each participant to scream into the camera for as long as he can. Once a member of the fraternity stops screaming, his image is eliminated from the video until only one intensely aggressive screamer remains, his red, oxygen-deprived face filling the screen. The ΔKE is one of the oldest and largest fraternities in the world, founded in 1844 at Yale University. It was established by a group of students who had been excluded from the two existing societies on Yale’s campus and has since produced five Presidents of the United States: Rutherford B. Hayes, Theodore Roosevelt, Gerald R. Ford, George H. W. Bush and George W. Bush. Watching the video, the viewer comes to a comical, but troubling realization: these ‘screamers’ could realistically become the future leaders of America.

While some white boys join fraternities as a way of building solidarity, others, like Noah Krell, invent their own rituals to stand outside the crowd. Krell began creating such rites of passage in his early teens to make up for what he felt was the lack of meaningful tradition in his own culture. In the video entitled 30th Birthday Shave (2008), his mother (a preschool teacher) shaves him from head to toe in front of seventy-five people. Nine months before his thirtieth birthday, Krell shaved off all his body hair to let it grow back in preparation for his performance. The hair that his mother collects is then divided into separate piles that signify nine months of time, an affirmation of rebirth.

This work draws upon the symbolism of head shaving as a mourning ritual to commemorate the end of a life and the start of a new beginning. The deeply biographical piece is a gesture toward his Jewish heritage and Krell’s experience visiting a World War II concentration camp in Germany. The shearing recalls, especially the photographs documenting the mass of hair collected from Holocaust victims.

In contrast to the performed brutishness of the fraternity video, Krell’s piece places the white male body in an emasculated and passive position. His mother’s role in the performance questions the viewer’s understanding of the relationship between parent and child. Despite the perceived awkwardness of the situation, his mother’s unsettling act can be read as both a violation and an expression of tenderness in which the viewer is invited to participate. 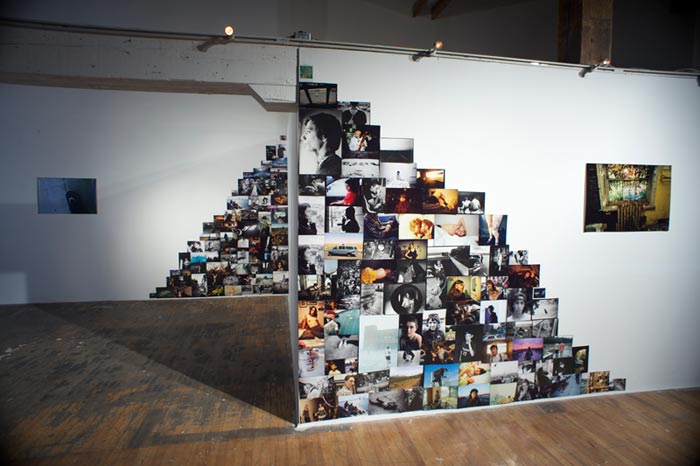 Chris Berntsen provides another testament to the impotence of traditional ritual in his work on the white boy living among transient social communities. For his installation Ritual of Nothingness (2012), Berntsen photographs friends and acquaintances while home in New York City and during his travels across the United States. The work is composed of color and black and white photographs hung on a wall in the shape of a pyramid. Projected images intercept the triangular form, giving the impression of a photographic shrine, but one that acknowledges the emptiness and impermanence of a peripatetic lifestyle. Berntsen turns this void, a remnant of adolescent angst, into an experience of divinity accessed through the ceremonial everydayness of his subjects.

Jeremy Kost employs a similar technique as he constructs the alienation of the uprooted subject in an anonymous urban landscape. In Polaroid photo collages such as She Works Hard for the Money, Kost depicts figures in drag–androgynous images of queerness and gender flexibility. The compilation pushes beyond the individual frame and invites the viewer to explore new possibilities for white male beauty and sexuality. 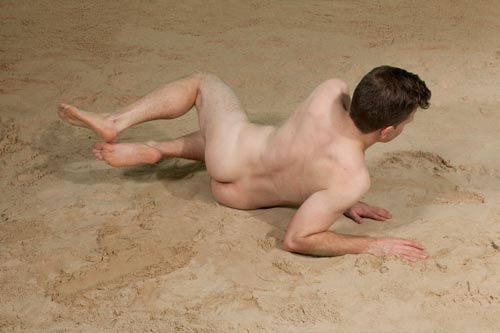 Lisa Fairstein’s photographs also challenge the viewer’s expectations of white boys and their gender roles. Her works entitled Rolling Monochrome (2012) and Static Monochrome (2012) portray the nude white male body in awkward poses. In contrast to idealized classical nudes like Michelangelo’s David, Fairstein’s Monochromes depict a ‘real’ body in recognizable yet unnatural settings. “Monochrome” describes the nude figure’s skin color in relation to the photographs’ sandy background. Neither landscape nor portraiture, Fairstein’s images are unsettled by both a lack and excess of visual information. She borrows from the visual field of fashion and commercial photography to create works that are simultaneously disorienting and seductive.

Bayeté Ross Smith approaches his images from the position of a documentarian. His series Our Kind of People examines how clothing, ethnicity and gender shape our biases about personality and character. The subjects in his work are dressed in clothing from their own wardrobes. The outfits are modeled as the person would wear them every day, but Smith removes both the detritus of daily existence and the subject’s emotional responses. The process of staging in each photograph limits the viewer’s visual clues; she must focus only on the subject’s sartorial choices in combination with his white race and male gender. The white studio backdrop also creates an aesthetic that references ID portraiture.

Devoid of any context for assessing the individual, the photos abandon the viewer to his or her own cultural assumptions. The viewer deduces that the white male subject in the photograph is more frequently casual in his daily activities. His dress evokes assumptions about his socio-economic position as well. If he works, he appears to be a blue-collar laborer. His face and body look visually similar to those of the frat boys in Mosse’s video, yet his clothing potentially betrays him as an outsider in such elite circles.

Travis Somerville also interrogates our visual assumptions about white boys. Born and raised in Atlanta, GA, he uses mixed media – painting, photography and installation – to rework political and cultural icons from the South, addressing in his pieces the complexities of racism and colonial mentalities. Philip Metz also provides a glimpse into the psychology of colonized subjects in his work entitled I Wish I Was (2009). The image depicts Metz as the white boy he wished he might have been at age twelve. He fashions himself in white face to personify the racial longing for whiteness that is embedded in the colonized mind. The work embodies the neurosis that accompanies a broader cultural obsession with capturing whiteness. 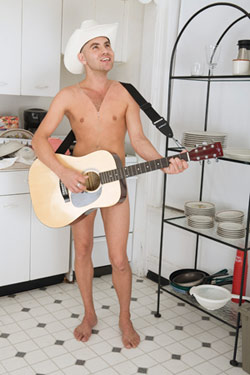 Likewise, Sean Fader wants to wear the body of his subjects. In the series I Want to Put You On (2007), he composes portraits that fuse his body with those of his sitters. The images are the result of a process in which he asks his subjects to pose in the way that they envision themselves being seen. Fader takes the photograph and then poses himself to merge the two images into one. Paul Mpagi Sepuya’s photographs, in contrast, capture the white male body that can be held only as the object of the viewer’s gaze. He documents moments of intimacy, catching his subjects while they are sketching or journaling. Some of his subjects directly engage the camera, while others look away or hide their eyes from Sepuya’s lens.

The works of all the artists in the exhibition speak to the elusive myth of empowered white masculinity. The works encourage us to recognize the instability and variability of the white boy played out brutally, sensitively and erotically in American culture. Logan and Thomas net a host of white masculinities, inflected through the artists’ engagements with ritual, drag, intimacy, idealization and colonialism. Working within personal histories and vast geographies, the artists re-envision the white boy, reminding us of our own involvement in his construction. 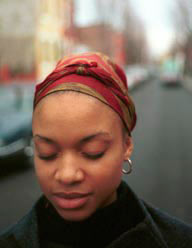 Kalia Brooks is a New York based curator, educator and writer. Brooks has written for several publications including Art South Africa Magazine; Exposure, The Journal for the Society of Photographic Education; and The Light Work Annual. Brooks is currently an Adjunct Professor in the Department of Photography and Imaging at New York University’s Tisch School of the Arts and a PhD Candidate in Aesthetics and Art Theory with the Institute for Doctoral Studies in the Visual Arts. She received her MA in Curatorial Practice from the California College of the Arts in 2006 and is a Curatorial Fellow with A Blade of Grass in New York City.