White Boys highlights 17 international artists who aestheticize white, male identity through photographs, video and new media. When used to describe people, the term “White” typically conjures the idea of a homogenous group.  Whiteness is often associated with an invisible identity, one lacking specific associations or experiences. By proclaiming “white boys” the focus of our investigation, we call into question both the inevitable ways that language shapes raced and gendered social categorizations and the assumptions that are sustained by these constructed groupings.  In particular, the show seeks to confound the idea of a neutral or neutered white male identity.  As Carl Hancock Rux in his essay “Eminem: The New White Negro” declares,

There is something called black in America and there is something called white in America and I know them when I see them but will forever be unable to explain the meaning of them because they are not real even though they have a very real place in my daily existence, a fundamental relationship to my understanding of history and a critical place in my relationship to humanity. (36)

The artists we have brought together invite us to think about how that “something called white” has been used to define and understand a demographic that belies the term’s homogenizing impulse. 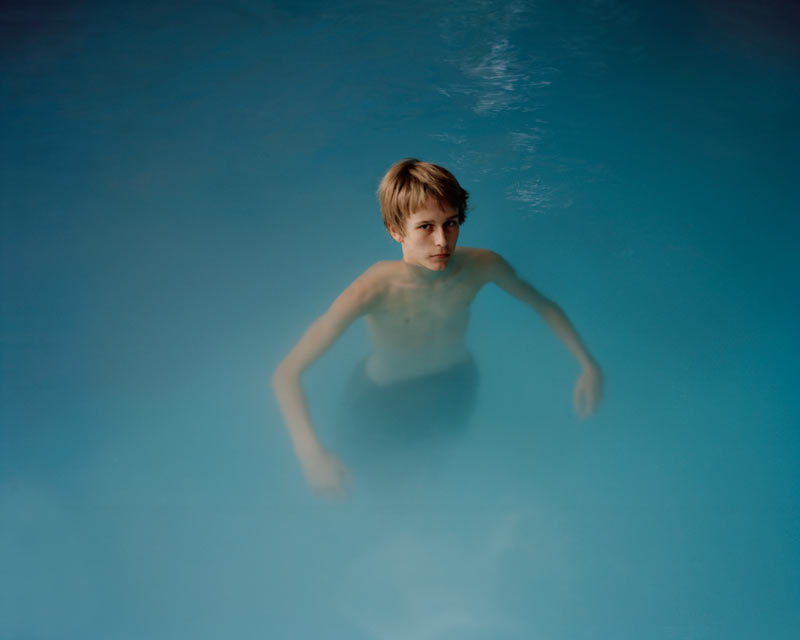 UrbanDictionary.com defines the “White Boy” variously: (1) “A way African Americans, Hispanics or others may call a white person, usually used when they do not know your name. Not an insult”; (2) “Sometimes it’s just used to call out to a white person in a non derogatory way”;  (3) “the slang term for white people used by black people, the same black people that would get offended if a white person called them a nigger” and finally, (4) “a boy that is white”. The first three definitions point us to contextualized uses, acts of hailing another and putting him into a social category.  The final definition, in contrast, assumes an objective stance, an easy equation between being and race that occludes the acts of stereotyping qua naming practiced unthinkingly.  As Ewen and Ewen remind us in Typecasting: On the Arts and Sciences of Human Inequality: A History of Dominant Ideas,

Stereotypes make sense of the big, complex, often transient world that confronts us.  In the process they transform it.  While the current meaning of stereotyping usually refers to the unthinking tendency to reduce individuals and cultures to one-dimensional, often slanderous, visual clichés, this practice has deep historical roots and is linked to the rise of the modern world. (3)

The concept of “race” is one of the most insidious, amorphous and pervasive categories humanity has embraced, even as it has no singular scientific, cultural or geographic definition. In our experience, discourses on “race” in the United States are reserved for conversations around representations of the non-European “Other,” discussions that elevate “whiteness” as a universalizing, God-like quality of omnipresence. Yet as Richard Dyer writes in White,

White identity is founded on compelling paradoxes: a vividly corporeal cosmology that most values transcendence of the body; a notion of being at once a sort of race and the human race, an individual and a universal subject; a commitment to heterosexuality that, for whiteness to be affirmed, entails men fighting against sexual desires and women having none ….Thus it is that the paradoxes and instabilities of whiteness also constitute its flexibility and productivity, in short, its representational power. (39-40)

This exhibition chooses to honor that flexibility while asking us to think about why nearly every representation of a “black body” is racialized and the female or queer body gendered, while representations of white males are instead so often normalized in popular culture. The challenge at hand is how to problematize and democratize representations of white male bodies so that their currency in the discourse of representation is equitable. This exercise is by no means scientific or encyclopedic, nor does it attempt to make any authentic or rhetorical proclamations. We as curators recognize and embrace our inherent subjectivity in selecting artworks on this subject. In fact, we see this exhibition (and all exhibitions that purport to quantify, qualify or quarantine along racial or gender lines) as much as an indictment of its own approximating vision as it is a display of ethnographic truth.

Hank Willis Thomas
Hank Willis Thomas is a conceptual artist working with themes related to identity, history and popular culture. Thomas’s work has been featured widely in numerous international exhibitions and publications. Thomas received his BFA in photography from New York University’s Tisch School of Arts and both an MFA in photography and MA in visual criticism from California College of the Arts (CCA) in San Francisco.
http://hankwillisthomas.com/

Natasha L. Logan
Natasha L. Logan is a multi-media arts producer and curator who has worked with a broad range of artists on a variety of projects. Recent projects include The Long March, a public art installation by Cause Collective at the Birmingham-Shuttlesworth International Airport; Question Bridge: Black Males, a transmedia art project and the feature film An Oversimplification of Her Beauty directed by Terence Nance. Prior to launching her independent practice, Natasha was the Assistant Director of Career Development for NYU Tisch School of the Arts.
http://www.natashallikesthis.com/