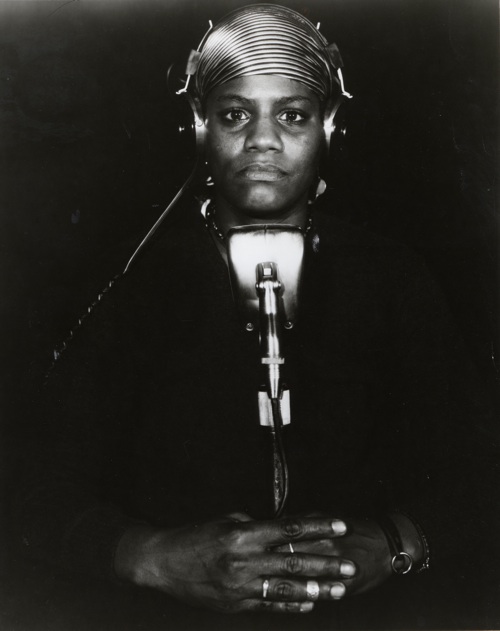 Born in Flames, Courtesy the artist and First Run Features

US, 1983, 80 min.
The movie that rocked the foundations of the early Indie film world, this provocative, thrilling and still-relevant classic is a comic fantasy of female rebellion set in America ten years after the Second American Revolution. When Adelaide Norris, the black radical founder of the Woman’s Army, is mysteriously killed, a diverse coalition of women – across all lines of race, class, and sexual preference – emerges to blow the System apart. The film that heralded the arrival of Queer Cinema is also a who’s who of the New York radical/performance scene, with a cast that includes the late Ron Vawter, and a very young Kathryn Bigelow. 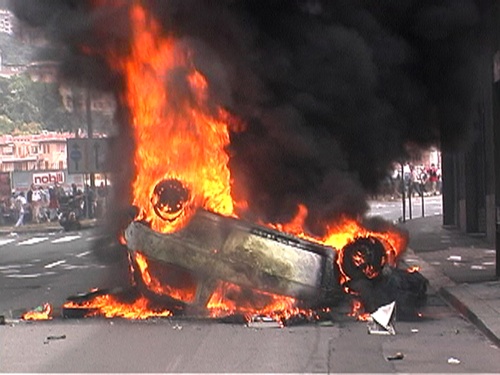 Get Rid of Yourself, courtesy Electronic Arts Intermix

2003, 61 min, color, sound.
This complex, multi-layered work, called an “anti-documentary” by its authors, combines footage of rioting at the 2001 G-8 summit in Genoa with performances by Chloe Sevigny, Werner von Delmont and members of the Black Bloc anarchist group. These elements yield a disorienting and critical video that ultimately questions its own status and role as much as that of its subjects. The artists write that Get Rid of Yourself functions as “a cine-tract that aligns itself with nascent forms of political resistance within the anti-globalization movement… a filmed essay that works by betraying its own form.”

From the direct action Climate Camp set up illegally on the edges of Heathrow airport to a hamlet squatted by French art punks, occupied self-managed Serbian factories to a free love commune in an ex Stasi base, this magico-realist travelogue transports us to a parallel universe where money is worthless and private property has been abolished.

We meet a mayor of a Spanish village that has expropriated the local Duke’s land, the philosophical postman of the sprawling Danish free town of Christiania and numerous others including a host of lyrical animals that populate these worlds that dare to live a radically different future in the present.

The film is part of a bookfilm project. Whilst the book is a piece of travel writing (co-written by John Jordan with Isabelle Fremeaux) about the experience of 7 months visiting 12 utopian communities, the film is a documentary fiction shot during the road trip but set in an imagined postcapitalist world.

*film description courtesy of the filmmakers