Lindy Annis has lived in Berlin since 1985, where she uses performance art to explore the city’s social and geopolitical landscapes. “I arrived in West Berlin as a matter of chance on September 1, 1985,” she recalls, “an experience I compared with happening into Peter Pan’s Never-Never Land.” She lived amongst a group of immigrants, many of whom were American, including Bill Van Parys. She adds, “We moved through the city from squatted house to café to bar and gallery, bleaching our hair and cutting it with 1980s pizzazz.” In 1990–1992, the years immediately following reunification, she staged her Paternoster Trilogy. The venue was a continuously running elevator (Paternoster), an architectural oddity for a modern city but a common feature in several older German buildings on both sides of the Wall. 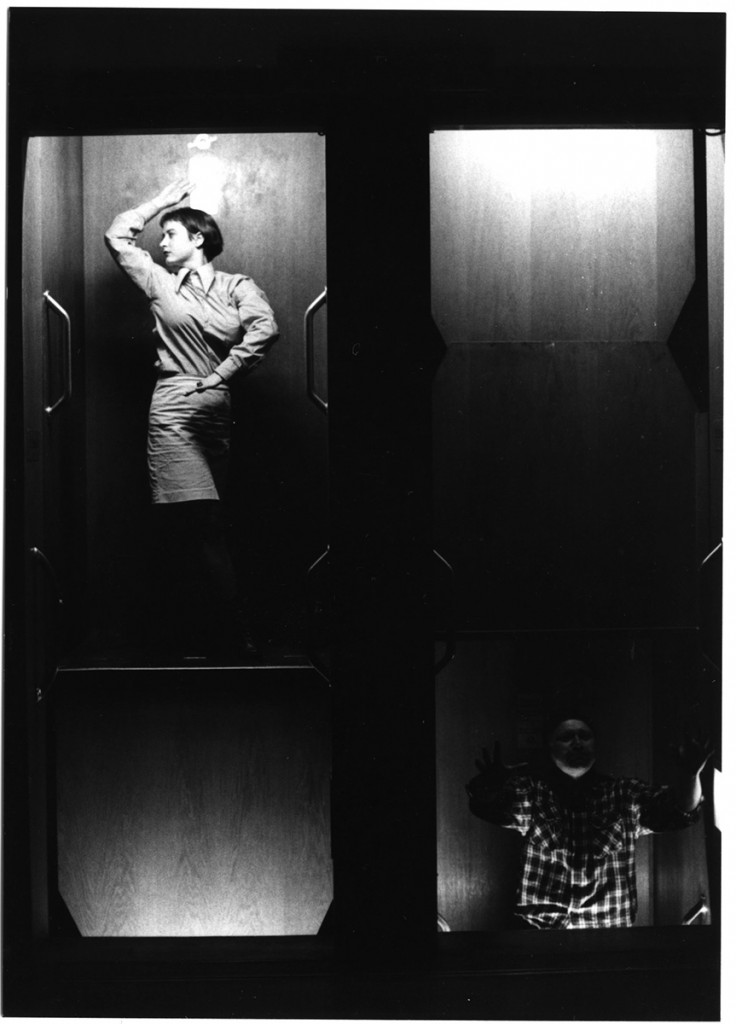 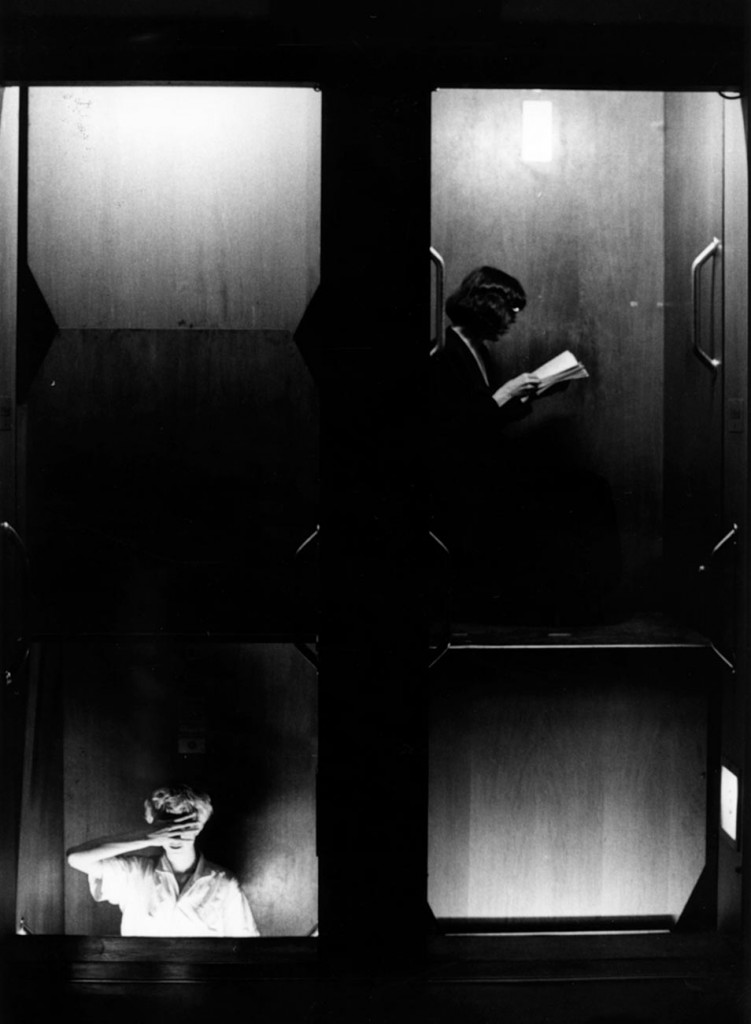 Performing in and through the architecture of a bygone era of German history, Annis linked such structures to a trifecta of mythical figures and maps: Part one, titled Alice in the Elevator, based on Lewis Carroll’s Alice’s Adventures in Wonderland, was presented in the former complex of the socialist party in East Berlin. Part two, Dante in the Elevator, based on the Divine Comedy, took place in the City Building Authority at the Fehrbelliner Platz in West Berlin. The final iteration, Columbus in the Elevator, was simultaneously staged in two paternosters in opposing wings of the (West) Berlin City Hall—the same site as President John F. Kennedy’s 1963 “Ich Bin ein Berliner” speech. In each performance, audience members were invited to move between floors to approach the work’s totality, but the many scenes remained elusive to a fixed perspective. Annis’s performances continue to draw on the evolution of Berlin and its American expatriate culture, as she explores themes of linear progress and historic time. Since 2001, she has been engaged in the Body Archive, an ongoing performative investigation of the iconography of gesture and pose of Western culture. In October 2004, she invited ten theater artists to interpret Theodore Dreiser’s 1925 novel An American Tragedy at the Hebbel Theater in Berlin, to coincide with the U.S. presidential election. In 2015, she presented The Fall of the House of Usher, based on Edgar Allan Poe’s short story, with the visual artist Lucile Desamory (Belgium) and composer Nicholas Bussmann (Germany).