The Wall in Our Heads: American Artists and the Berlin Wall
Goethe-Institut Washington
October 15-December 15, 2014 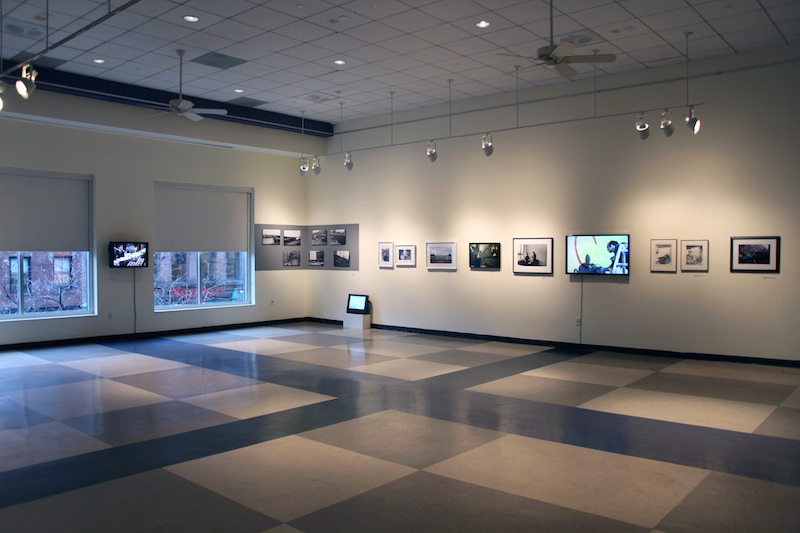 For American artists of different generations, artistic formats, and cultural backgrounds, the Berlin Wall has been a pivotal site and symbol for weighing global forms of division, including those within the United States.

Three American artists featured in The Wall in Our Heads: American Artists and the Berlin Wall, Frank Hallam Day, Stephanie Syjuco, and Bill Van Parys, in conversation with Kai Wiedenhöfer, considered the role of Berlin in the American cultural imagination and more broadly the notion of the artist as citizen before and after 1989.

Each artist shared stories about their life experiences living in Berlin, whether in the 1960s, 1980s, or post-wall 1990s. Frank Hallam Day is a recent winner of the prestigious Leica Prize in Photography. Bill Van Parys is a former editor of Details and writer for Rolling Stone. Stephanie Syjuco is a 2014 Guggenheim Fellow and professor of sculpture at UC Berkeley. Kai Wiedenhöfer is an internationally renowned photojournalist whose Wall on Wall project was recently shown on the remnants of the Berlin Wall.

Introductions by:
Wilfried Eckstein, Director of Goethe-Institut Washington
Hope M. Harrison, author of Driving the Soviets up the Wall: Soviet-East German Relations and Associate Professor of History and International Affairs at George Washington University
Paul M. Farber, curator of The Wall in Our Heads: American Artists and the Berlin Wall and Postdoctoral Writing Fellow at Haverford College

Before and After the Wall: Music & Art in East & West Germany

This symposium addressed the perspective of German artists on both sides of the Wall whose lives and work were shaped by the division. How did teenaged hip-hop artists appropriate breakdance, graffiti, DJing and rap from the Bronx? How did they organize their own communities and become part of the transatlantic hip-hop scene in the 1980s? Leonard Schmieding (curator of the exhibition The Early Days: Hip-Hop Culture in the German Democratic Republic), in conversation with filmmaker Nico Raschick, will highlight how Hip-hoppers in the two Germanies made their own history—and they continue to make it matter today. Renowned art historian Eckhart Gillen gave an overview of the artistic development with reference to the Berlin Wall. This included paintings, photography and installations by A.R. Penck and Jörg Immendorff, Wolf Vostell, Roger Loewig, Wolfgang Peuker, and more.

For over twenty-five years, Kai Wiedenhöfer has photographed border walls around the world. The dismantling of the Berlin Wall on November 9, 1989 initially inspired Wiedenhöfer, though he believed back then that day “would be the end of walls as a political instrument and put them on the garbage heap of history.” Instead, Wiedenhöfer tracked the building of dozens of new walls along international borders, between disputed territories, and within zones of conflict. Wiedenhöfer’s Wall on Wall is a selection of his work from this project, which was also recently installed on remnants of the Berlin Wall at the city’s East Side Gallery.

The Goethe-Institut Washington hosted a special outdoor installation of Wall on Wall on the façade of its building, in conjunction with the exhibition inside, The Wall in Our Heads: American Artists and the Berlin Wall.