The Wall in Our Heads Opening Reception to follow in the Cantor Fitzgerald Gallery, Whitehead Campus Center, 5:30 p.m. – 7:30 p.m. 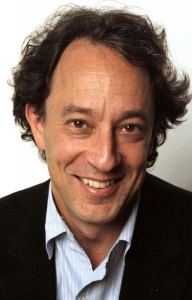 Michael Kimmelman is an American author, critic, columnist, and pianist. He is the architecture critic for the New York Times and has written on issues of public housing, public space, infrastructure, community development and social responsibility.

He was the New York Times‘ longtime chief art critic, covering culture, and political and social affairs across Europe and elsewhere through his Abroad column. From late 2007 to mid-2011 he was based in Berlin. He returned to New York from Europe in autumn 2011 as the paper’s senior critic and architecture critic, and his articles since then—on Penn Station, the World Trade Center, the new Whitney Museum, redevelopment after Hurricane Sandy, as well as public space and protest in Turkey, Rio, and post-revolutionary Cairo—have helped to reshape policy and the public debate about urbanism, architecture and architectural criticism. The magazine New York titled an article about him “The People’s Critic”.

He has written at length about, among others, the artists Richard Serra, Gerhard Richter, Henri Cartier-Bresson, Michael Heizer, Lucian Freud, Raymond Pettibon and Matthew Barney along with the architects Shigeru Ban, Peter Zumthor and Oscar Niemeyer. Author of Portraits and The Accidental Masterpiece, a national bestseller, he has organized the Times‘s Cities For Tomorrow conferences and hosted various television features.

For his role in saving the David and Gladys Wright house, Kimmelman received the Spirit Award from the Frank Lloyd Wright Building Conservancy in 2014. A finalist for the Pulitzer Prize in 2000 and 2014 Franke Visiting Fellow at The Whitney Humanities Center at Yale, he has received honorary doctorates from the Corcoran College of Art and Design in 2013 and the Pratt Institute in May, 2014. He also contributes regularly to The New York Review of Books. In March 2014, he was awarded the Brendan Gill Prize for his “insightful candor and continuous scrutiny of New York’s architectural environment” that is “journalism at its finest.”