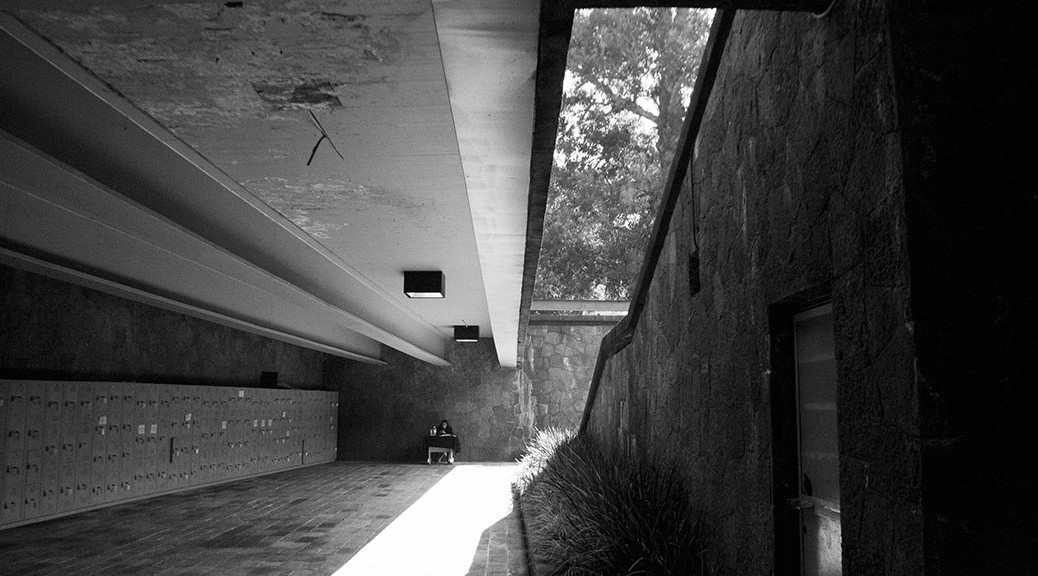 I first came across this quote in a book written by another New Yorker writer, Alex Ross. Titled The Rest is Noise: Listening to the Twentieth Century (2007), this text takes on the Herculean task of narrating a cultural history of the last hundred years via classical composition: the argument hitting its stride when entering the murky post-WWII years of internecine diplomacy, Cold War paranoia, radical fusions of music and artistic practice, electronic global media, and an unabashed but somehow loathsome need to engage the horrors of genocide. Rejecting previous generations’ work with the one-point perspective of a militaristic avant-garde, Ross argues, certain composers from this era embraced totalitarian systems of serialism while others committed themselves to processes of chance and electronic sampling. What remains compelling about Cage’s legacy in this charged context is his ability to fluctuate between such radically different possibilities (as well as between past and future innovation) with equal intensity. Ross writes, “In truth, Cage was capable both of great violence and of great tenderness, and his music wavers between those extremes.”[2]

This complicity of violence with tenderness, engagement with repulsion, and destruction with homage is at the core of this exhibition. Processes of arson, tearing, splintering, cracking, demolition, and evisceration speak superficially of a willful Anarchism. The first impression, then, of artists who engage “destructivism” or “destruction Art” is that their radical positioning lies in a near-euphoric embrace of actions that result in ash and rubble—a literal burning of the past to the ground. However, the revelry of such encounter also derives from a deep engagement with political and social inequities: a desire to displace the ravages of warfare and repression to a symbolic realm of art—thereby negating humanity’s apparent need for it in everyday life—as well as a longing to set the objects of art practice “free” from dictates of aesthetic convention and those mummifying edifices of official culture.[3]

Arqueologías de destrucción 1958-2014 is an aphoristic, palimpsestic engagement with such desire and longing in contemporary artistic practice.[4] While posited in the prescient words of Argentine artist and destructive art proponent Kenneth Kemble as an “experiment, a tentative endeavor…imperfect and muddled, and above all, too heterogeneous,”[5] the genre is nonetheless bound by specific chronologies and territories—both of which are made explicit through its title. 1958 marks the earliest work in the show, the date of an assemblage film that artist Raphael Montañez Ortiz made by hacking apart a Castle Films Newsreel with a tomahawk.[6] Alongside Ortiz’s similarly created shorts Golf (1957) and Cowboy and “Indian” Film (1957-1958), Ortiz’s Newsreel (named after its source material) predates his first destructive performance actions of the early ‘60s. An early theorist as well as practitioner, Ortiz put forth multiple manifestos on destruction in art, the first in 1962. In addition, he participated in the international Destruction in Art Symposium (DIAS), organized by artist Gustav Metzger in London in September 1966, and later convened a second DIAS gathering at the Judson Memorial Church in New York in 1968.

Given these activities and commitments, Ortiz more than any other artist in the show is associated with the histories and legacies of destruction in art, and his work is the clearest example of the movement. Much existing art historical and curatorial research focuses explicitly on Ortiz’s practice and influence, as well as on the activities of artists directly involved with DIAS.[7] The intention of this project is not to replicate such work; rather, the focus here is on how some of the actions and concerns of Fredric Jameson’s “long sixties” continue to reverberate evermore loudly in our present.[8] 2014 is not just the date of the most recent work in the show, Eduardo Abaroa’s Notes on the Destruction of the Anthropology Museum, the year also signifies a sense of present-ness. These pieces of fragmented celluloid and encrusted objects are as resonant today as they were when first made, and work being made since then has continued to engage explicitly and emotively with early ideas about destruction in art. As Uruguayan artist and critic Luis Camnitzer writes in his essay “The Sixties” (1998),

Classification into periods is always problematic. … In this sense, the period of the sixties is particularly complex. There is an international paradigm symbolized by the 1968 student movement. It is understood that all the world’s students agreed to protest against the war in Vietnam, to fight the centralization of power in universities, to smoke pot, and to throw rocks. It is true that these symptoms spread throughout large parts of the world, that they seemed to be part of the same design, and that they surely were fed by the same flux of information. Actual events, however, responded to and complied with different local histories and traditions. … I believe that there were many 1968s in the world, that they were quite different, and that they did not always happen in the same year. It is even possible that there are different 1968s for every individual.[9]

If this complex and iterative chronology is the first framing for the exhibition, the second is linguistic. Arqueologías de destrucción roots the exhibition’s focus in the Spanish-speaking world, to be more specific in Latin America with an emphasis on Mexico and Argentina.[10] There has, to date, been no exhibition focused on how ideas of destruction in art functioned within this geographic, cultural, and political context. This absence is particularly notable given the rise of political turmoil, technologies of violence, American interventionism, and militaristic regimes across the continent during this same period. As Camnitzer observes, the 1954 bombings in Guatemala politicized a generation years before “those that saw the light in the bombs that fell over Vietnam.”[11] By focusing on artists with either familial roots or life experience in Latin America, this exhibition begins to address this critical gap. At the same time, I want to emphasize that such focus does not equate to an argument for either exceptionality or isolationism. Indeed, one of the sharpest congruencies between the otherwise distinct practices at play is an experience of exile. Personal histories of transplantation and movement—of finding oneself a stranger at home—shape strategies of destruction as much as responses to broader geopolitical tragedies and political shifts (the two are, in fact, indelibly linked). If a constellation of artists across the Americas sought to neutralize the tangible horror of systematic oppression and exclusion by displacing destruction into the symbolic realm of art, they also seemed to be seeking ritualistic experiences of mediated (self) transformation. “Destruction, for the artist, belongs to the highest order of liberty,” wrote poet Aldo Pellegrini in his 1961 manifesto.[12] This exhibition traces the evolving histories of these operations of freedom through the work of six artists—Raphael Montañez Ortiz, Kenneth Kemble, Marta Minujín, Ana Mendieta, Marcos Kurtycz, and Eduardo Abaroa—whose works shatter both self and society while “leaving various paths open for future experiences.”[13]

Image: Eduardo Abaroa. Research photograph by artist, from Notes on the Total Destruction of the National Museum of Anthropology, 2014. Courtesy of the artist