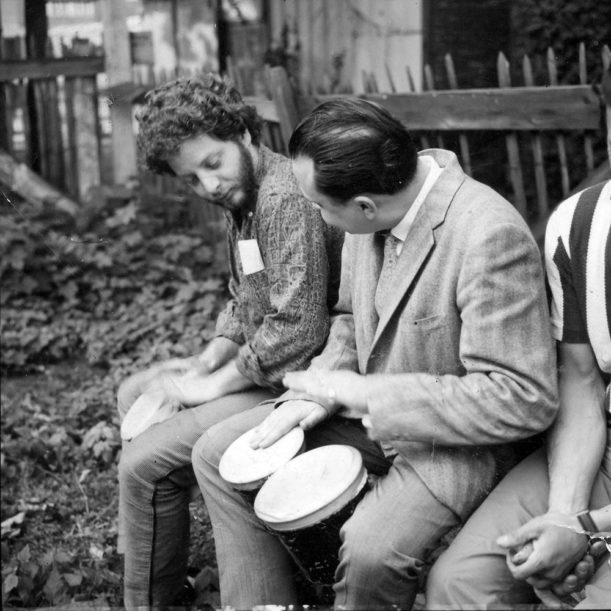 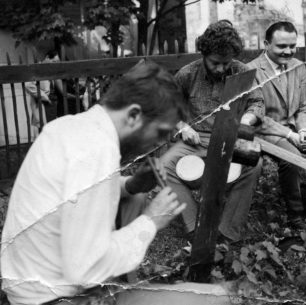 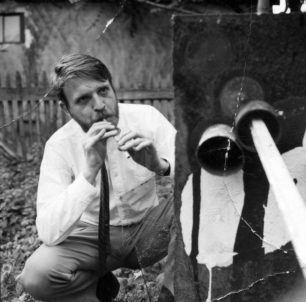 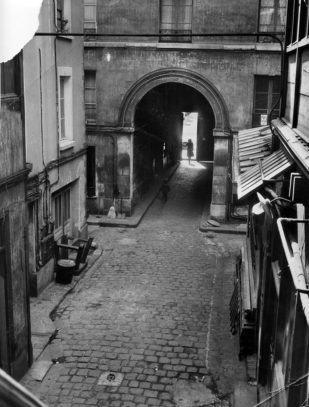 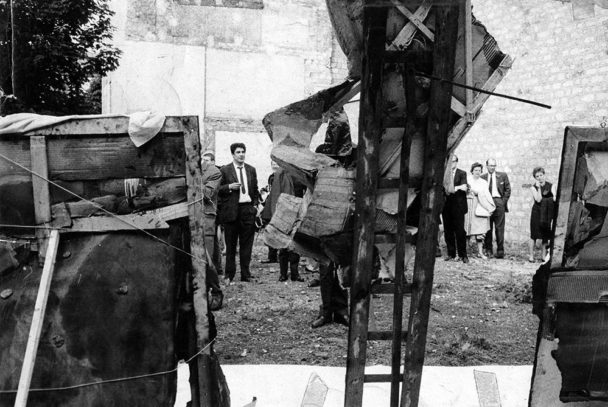 In 1963, having arrived at the end of a scholarship to study in France with the Nouveaux réalistes, Argentina-based artist Marta Minujín decided, in her words, to “destroy all the works I had made in those last three years.” Inviting fellow artists Lourdes Castro and Miguel Otero to a group exhibit at her studio in rue Delambre in the fourteenth arrondissement, Minujín made a catalogue in which she explicitly announced her intention for the exhibition’s conclusion: “le jour de fermeture à 19h. Marta Minujín detruire ses oeuvres.” The location of this destruction was public and open air: artists Niki de Saint Phalle, Jean Tinguely, and Larry Rivers lent her the use of an empty lot called Impasse Ronsin (notably also the site of Saint Phalle’s group event/process painting Shooting Pictures in 1961).

Photographs documenting this early evening action reveal an uncanny mix of ecstatic happening and post-war desolation. Artists who had heard of the event during the exhibition’s lead-up were invited to perform interventions using Minujín’s sculptural mattresses hung on frames—either scavenged used from hospitals or constructed by the artist—and pillows dripped with paint in elemental colors. In her first-person recollection of the day, Minujín describes this collective participation in self-annihilation: “They [the invited artists] had to show up at the empty lot (Impasse Ronsin) on June 6, at 6 p.m., bringing with them the elements of their work that best expressed them, and they had to create on my pieces (as symbolic destruction); they had to implant their images on mine, delete, erase, modify my works. Create in order to destroy; burn out my identity.” In the black-and-white images from that day, white splatters of paint dripping across Minujín’s dark long-sleeved shirt and knee-length skirt visually align her body with the burning works that surround her. Her painted body both viscerally and symbolically reinforces the idea that she is burning her self within the process.

These unnerving traces are reminiscent of self-immolation in an era of Vietnam-era protest. Buddhist monk Thích Quáng Đức burned himself to death in protest of the South Vietnamese government’s religious persecution that same year, and images circulated around the world via a nascent international media. Yet Minujín also explicitly reaffirmed a deeply positivist belief in art’s capacity to intensify life and “rouse [the viewer] from inertia.” By burning her works, she denied their inclusion in the “cultural cemeteries” of museums and galleries where (in her words) art goes to die—an “eternity in which I had no interest.”