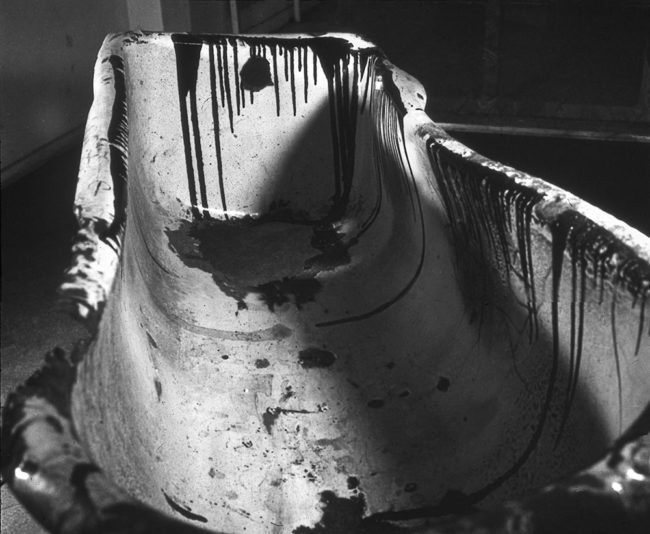 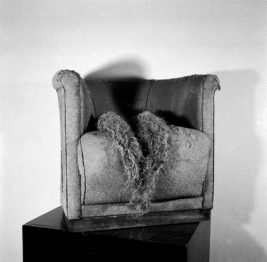 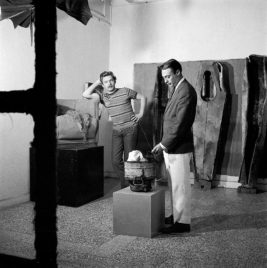 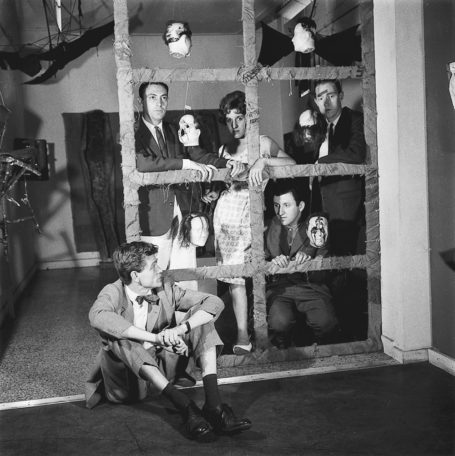 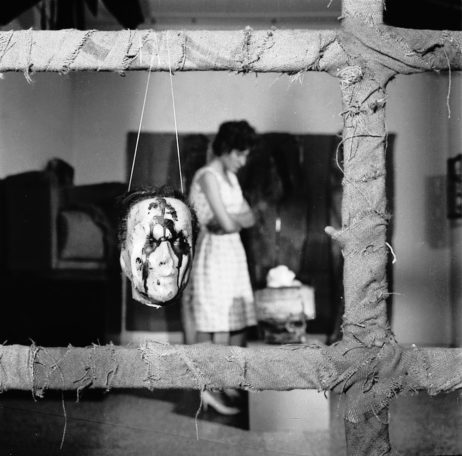 In 1961, Argentine artist Kenneth Kemble brought together a group of artists, critics, psychoanalysts, sound engineers, architects, and musicians via a collective inquiry into the principles of destruction. Kemble in his short text “Arte destructivo,” describes the succession of ideas that emerged from this year of discussion. To begin, the intuitive desire to break, burn, or tear apart operates in dialectic with intense pleasures of construction and creation. Artists, conditioned to channel such creative urges into active form, are similarly positioned to translate the destructive forces embedded within humanity. It then follows that the sphere of artistic practice and experience provides an opportunity for catharsis—a way to channel the “liberation of inhibitions by a direct, though effective and harmless, route”—as opposed to the reifying sadism and morbid curiosity of sensationalist news and filmic violence. For Kemble and his collaborators, the threat of global nuclear warfare as well as the rise in state violence and militaristic regimes throughout Latin America meant that, at the time of writing, this need to redirect was at its most cataclysmic.

On November 20th of that year, such thoughts became manifest in a ten-day exhibition at Galería Lirolay in Buenos Aires. Photographs of the ephemeral installation reveal unhomely domestication: mangled armchairs and dissected umbrellas loom above defaced bathtubs and disfigured wax dolls. A soundtrack permeating the space reinforced the neo-Dadaist spirit of encounter. In this collective work, a destructive logic of distortion and decomposition is applied to fragments of text, including a reading of Aristotle’s Poetics, Descartes’ Discourse on Method, the theater piece El desea atrapado por la cola by Picasso, and a lecture by Argentine art critic Jorge Romero Brest. By transferring (or embedding) violence as sound, this audioscape connects formal experimentation in Argentina to the early use of chance and serialization in scores by European composers like Pierre Boulez. Boulez wrote in 1948, “Music should be collective hysteria and spells, violently of the present time.” For Michel Foucault, that iconic theorist of power and institutionalized violence, the mechanized savagery of Boulez’s music “represented for me the first ‘tear’ in the dialectical universe in which I had lived.” The same could be said of the compositions played at Galería Lirolay in 1961: they tore apart the dialectic of destruction and creation that the exhibition sought to diagnose.