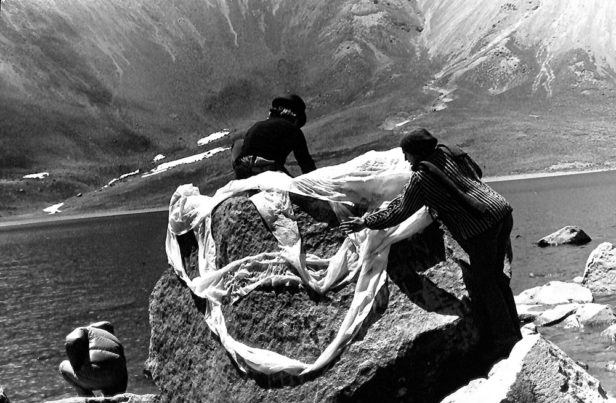 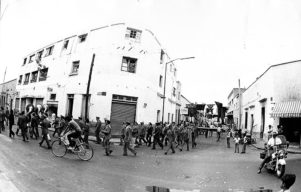 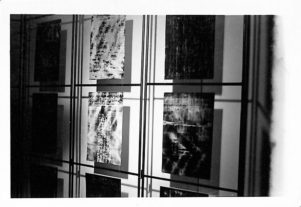 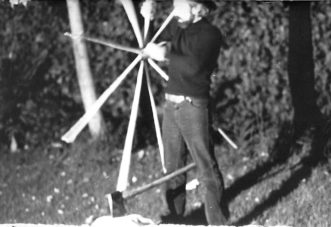 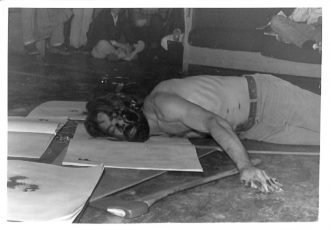 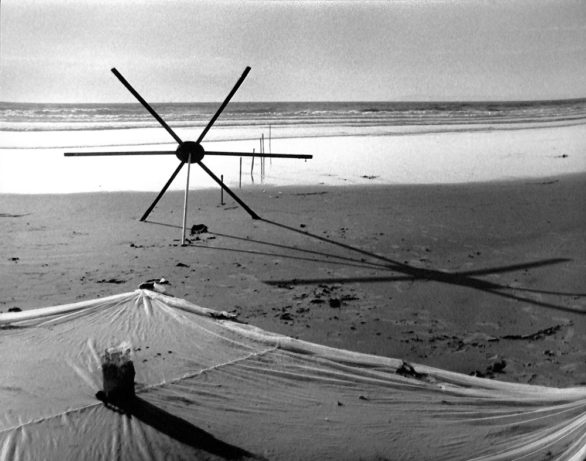 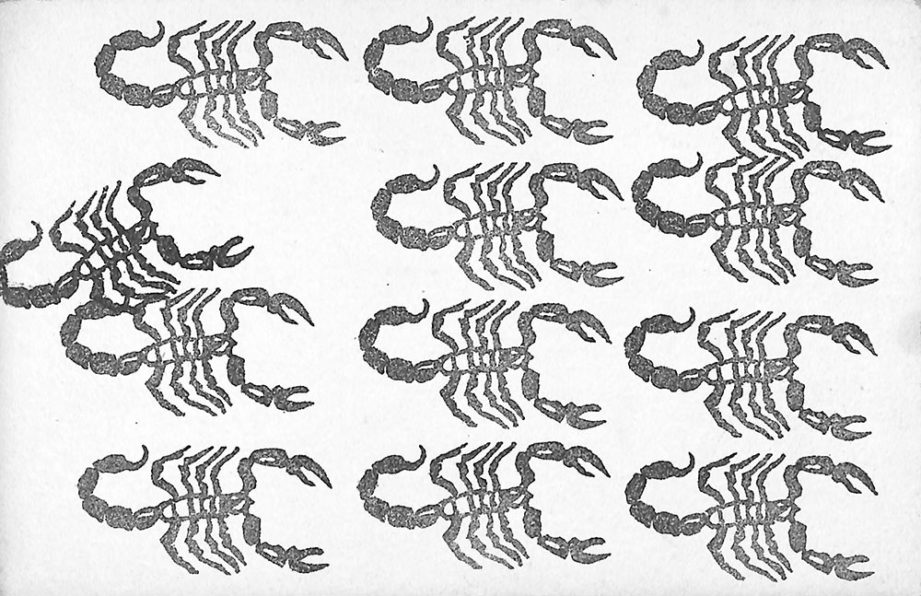 In 1987 artist Marcos Kurtycz stopped working as a graphic designer in order to focus exclusively on his non-commercial artistic practice of ritual actions, artifact-events, and research into found images and recursive symbols. These multiple forms of inquiry coalesce into what Kurtycz called a “matrix”: a kaleidoscope of ideas, performances, and ephemera driven by political concerns. The first such matrix of this inter-medial, improvisatory, and accumulative practice is titled Softwars. This series of artifact-events began with Mil Calaveras on November 3rd, a liturgical recitation of every profession found in Simon & Schuster’s International Spanish Dictionary created in collaboration with his partner Ana María García Kobeh. Subsequent actions included, but were not limited to, Kontrol Remoto (1987) outside the Tamayo Museum in Mexico City’s Bosque de Chapultepec; Mira (1988) at the Escuela Nacional de Pintura y Escultura “La Esmeralda” in Mexico; Fuego Mar (1988) on the Malecón of Puerto Vallarta; Zero Village (1988) at Yellow Springs Institute outside of Philadelphia; a series of Hocker Performances at the University of Amherst, New York’s Central Park, El Museo del Barrio, and Museo Estudio Diego Rivera in Mexico City (1989); Coyote Action in the Jardin Centenario in Coyoacán (1989); and Xyzompantli Fax at Galería Sloane Racotta in Mexico City (1990).

Kurtycz’s symbolic use of images such as hockers (squatting figures found in archaeological sites throughout the world) and xyzompantli (a three-dimensional frieze of human skulls displayed in various Mesoamerican societies) orients his fascination within pre-Hispanic archaeologies of modern-day Mexico where he lived from 1968 until his death in 1996. His long-standing preoccupation with self-destruction was also grounded in the traumatic experiences of his early childhood in Eastern Europe where, except for one aunt and sister, his entire family was victim to the holocaust. Like those of fellow Polish-émigré and theorist of destruction Gustav Metzger, Kurtycz’s endlessly reworked and vivisected memories ground a visceral preoccupation with the horrors that humanity can self-inflect. The title of his performance Zero Village, as example, refers to a “ground zero” of destruction, while the falling papers printed with snowflakes and hockers used at the performance’s conclusion recall his memory of political resistance tracts falling from planes during the war.

Equally influential on Kurtycz’s practice were his (ultimately more productive) experiences of cultural and geographic displacement. Constant traversals of an immaterial line that stretched from one end of a space to the other inflected the whole of his multifaceted practice —be it a deliberate journey through the city, the reach between tree branches, or the structural perimeter of a makeshift performance arena. This life-affirming potential for re-birth in each collective action was as vital to his work as the trauma for which it mourned.

In keeping with the non-commercial, elusive, and evolving nature of Kurtycz’s practice, the presentation of his work in this exhibition takes on three distinct evocations of a broader sphere of experimentation. Video documentation of performances within the Softwars matrix are paired with a carousel slideshow of scanned photographs, drawings, maps, wax forms, stamps, letters, and notational scores spanning from 1965 to 1992. These disparate images convey the reiterative daily work behind seemingly singular events. The final work is a series of individualized hockers on stamps handmade from rubber erasers.